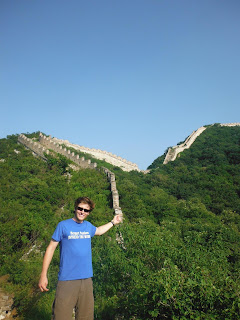 This isn't the first time the Hergert Numbers have been at one of the Seven Wonders of the World. A few years back, another student took their shirt to the Taj Mahal. So, we've only got 5 more to go!
Posted by Rodger Hergert at 8:53 PM