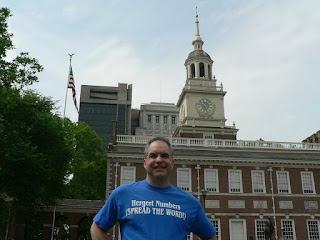 And while you're at it, please wear your Hergert Numbers t-shirt and help spread the word!
Posted by Rodger Hergert at 3:50 PM No comments:

Life, Liberty and the Pursuit of Hergert Numbers 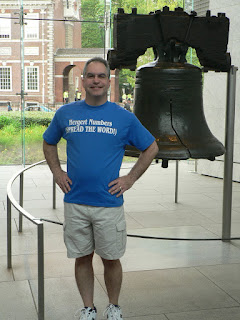 Today, I took the Hergert Numbers movement to the City of Brotherly Love - Philadelphia. I proudly wore my shirt as we did an extensive tour of the historical district of the city. In the Liberty Bell Center, they had pictures of many famous people with the Liberty Bell. Folks such as, Thomas Edison, Martin Luther King, Jr., and the Dalai Lama. I think the photo above should be added to this group, as well.
Posted by Rodger Hergert at 3:39 PM No comments: 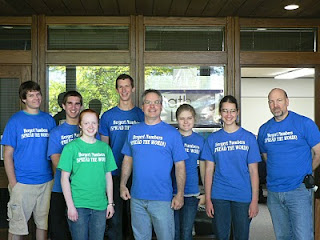 There was a gathering of Hergert Numbers t-shirt wearers spotted outside the Rock Valley College Math Lab this afternoon. We have not seen this many in one location since 2009 when the craze began. We now have photographic evidence that they come in a color besides blue. I think a green Hergert Numbers shirt would be a lovely gift for St. Patty's Day!
Posted by Rodger Hergert at 7:51 PM 1 comment: