This Thursday, I'll be heading out to Trinity Christian College to speak to their Math Club about inflection points. The content of my talk was assembled from four papers published between 1938 and 1968. For anyone interested, I've posted these papers at the URL's found below. 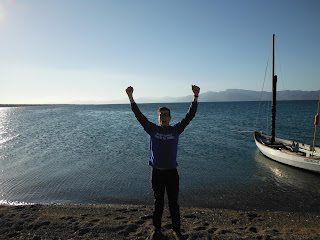 Posted by Rodger Hergert at 8:37 AM No comments: